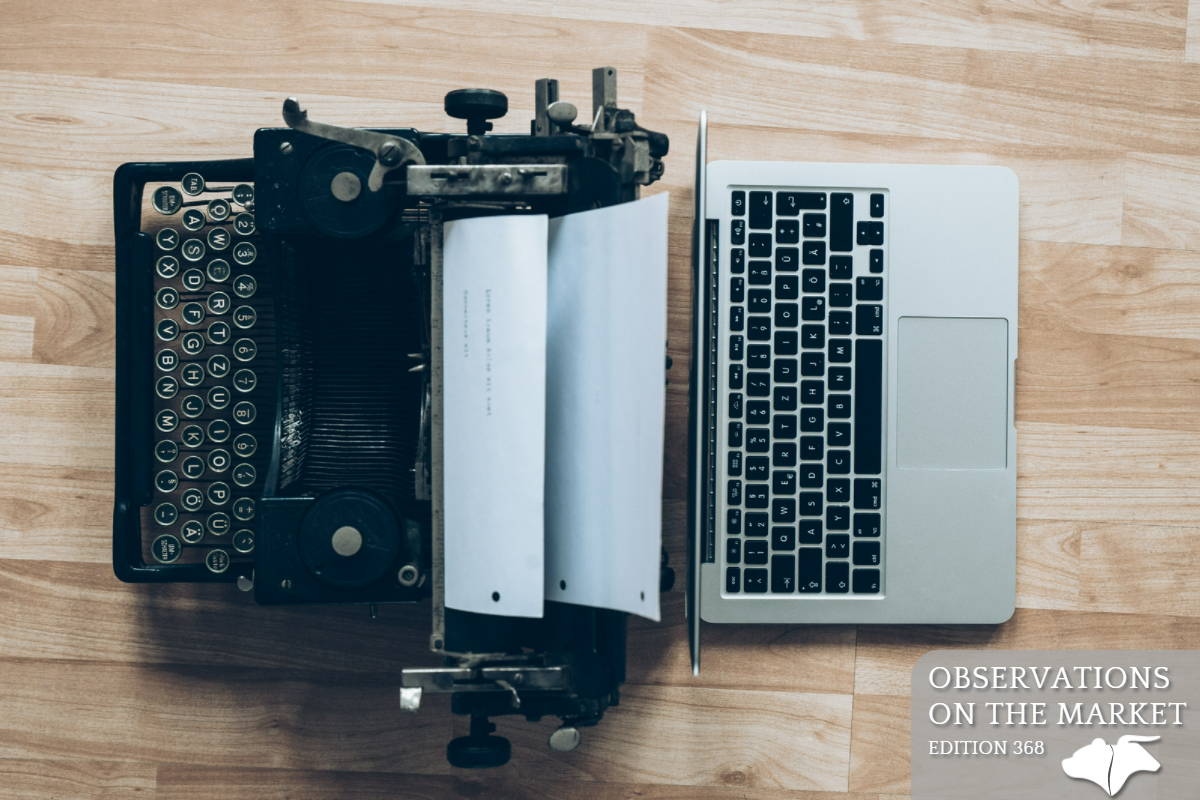 Is It Better to Abandon the Old and Adopt the New?

New versus old… is new always better? Maybe a better way to ask the question is – should you automatically assume that abandoning what is old for what is new is better? This is also a great question to consider when investing. One way to answer the question is to examine the Dow Jones Industrial Average (DJIA), but first, let’s look at a little history.

The DJIA index was originally created in 1884 by Charles Dow and first appeared in the Customer’s Afternoon Letter, a daily financial news bulletin. It was comprised mostly of railroads in the 1880s because they were a significant part of the American economy. Charles Dow created the first industrial index in 1896, and of the 12 original names, none have survived in their original form. Most have either merged or been acquired but still exist in some manner today. One example is the American Cotton Oil Company, which has become Hellmann’s and Best Foods, now owned by Unilever. Another is National Lead Company, now NL Industries, although it was dropped from the Dow index in 1916. One final example is the United States Rubber Company. It changed its name to Uniroyal in 1961, merged with Goodrich in 1986, and then sold its tire business to Michelin in 1990. Of the original 12 companies, eight are still in business today in some form, two were broken up either by the SEC or antitrust action, while only two died from natural causes (went out of business).

The lesson here is that American business is very adept at reinventing itself and enduring times of uncertainty. As Mr. Buffett famously states: “Never bet against America.” In 1914, to avoid possible panic, the New York Stock Exchange closed for over four months with the index at 71. But when the fear of WWI turned out to be greatly exaggerated and the market opened again in December, the index resumed trading at 74. While the market is not closed today, fears over the Russian conflict are causing somewhat similar uncertainty.

By 1928 the Dow index was increased to 30 companies, which it still has today. While there have been several changes to the index over the years to keep it relevant, the question remains, is that always a good thing? The last change was on August 31, 2020, when Pfizer, Raytheon, and Exxon were dropped from the index. Replacing them were Amgen, Honeywell, and Saleforce.com, companies thought to be better representations of our “new” economy. So how has that worked out? Until recently, Amgen was down 10% while Pfizer was up 40% (no one could have predicted the need for a new vaccine, yet interestingly, an ‘old’ company created one of them). Honeywell is up 12% versus Raytheon’s 58% increase. Then there is probably the greatest dichotomy of old and new, Salesforce.com and Exxon, an emerging business versus a dying business. Salesforce has declined 27% since August of 2020 and Exxon is up 113%. Someone less famous is known for saying: “Oops.”

There are a few more lessons here. First, things are never as simple as they seem, and what appears to be obvious is not always so certain. We are seeing that now with expected interest rate increases and major uncertainty on the global political stage. The markets are reacting as though it automatically translates into lower prices. How can this be so surprising when virtually every investor knew that higher interest rates were on the horizon, with the Fed repeatedly trying to prepare us? Who remembers the two countries Russia has invaded since 2008? We soon forget and move on to the next story.

New stories are always exciting, but the latest changes in the Dow Jones Industrial Average illustrate that old and mature can also be valuable. In times of uncertainty, investors tend to start paying more attention to current cash flow, and less to potential cash flow in five or 10 years. The American economy is resilient, just as eight of the original 12 Dow index stocks have survived in some form for 120 years. There is a proverb that says – “As you do not know the path of the wind…” Higher interest rates and Russian aggression are currently front-page headlines, however, the markets’ reaction in the long-term is less predictable. If anything, we are constantly reminded that what is known by everyone today does not usually lead to the expected outcome tomorrow.